It has been a whirlwind of trips to the vet with little VÃ­k for the past three weeks, but thankfully this Sunday, he was the happiest, hungriest, hyperist puppy we’ve seen in a long time!

It all started with symptoms of a Urinary Tract Infection. VÃ­k was drinking excessively, having trails of accidents in the house, urinating frequently (every 15 minutes), and urinating while sleeping on himself in his kennel at night. I informed our vet tech and she said it was rare for male dogs his age to get a UTI and that it was probably just him still developing his control.

After more accidents in the house and on himself in his kennel at night, I called again and they saw him that morning. His urinalysis disclosed he definitely had a UTI, so they prescribed Cefpodoxime and Fortifora Canine Probiotics.

Because VÃ­k was having problems gaining weight, we were told to try changing his current food (Freedom Blue Buffalo Grain Free Limited Ingredient Puppy Food.) Despite his fluffy exterior, he was rather skinny and was very disinterested in eating.

So, the next morning Caleb and I visited Mac’s Pet Depot & Barkery and bought a variety of recommended foods to see what he would like. We tried each food for a few days before moving to the next.

VÃ­k seemed to like the Born Free Dakota’s DenÂ kibble on day one, but was still very slow to eat it. But, just seeing him eat made me very happy. He did not like the canned Dave’s Turkey and Bacon and wasn’t too impressed with the Duck & Sweet Potato either. He ate it, but rather reluctantly. In order to get him to eat his full meal we had to turn it into a game – asking him to do tricks and rewarding him with food. This was all fine and dandy for his training, but not good for putting on some pounds. He ate the Weruva – Love Me Tender Chicken Packet as a snack pretty quickly and that was convienient because we were able to put his medicine powder on it.

We continued to slowly but surely feed VÃ­k the Born Free Dakota’s Den kibble for the next few days. Once he had completed his round of antibiotics, he was still drinking excessively, not eating much, and having some accidents in the house. His accidents were way fewer than before, but still not back to 100% potty trained, so I took him back to the vet. This time they did some blood-work, another urinalysis, and a culture of his urine via a catheter. And, because he was still soÂ skinny, as aÂ precaution they prescribed a three day dosage of Panacur.

Since Vik was still not eating enough to gain ample weight, we went back to the pet store and tried another brand of food recommended to us: 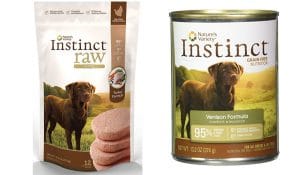 When we got home I cracked open the can of Venison dog food and VÃ­k went insane. His eyes widened and he licked the bowl clean. I gave him 1/2 the recommended serving at first and then 45 minutes later gave him the rest.

The next morning, surprisingly he was sitting by his food bowl, not his water bowl!! This brought tears to my eyes because every day prior to this VÃ­k always chose his water over food and was never really interested in eating anything.

I got a call from our primary vet and she informed me that his blood-work lab results came back abnormal; with high levels of phosphorous, low red blood cell count, and low protein levels. They also noted that during the appointments he had an irregular heartbeat which was a discerning for her, but she was unsure how this all tied together. The lab results suggested that he had some blood in his intestines and perhaps was having acid reflux, so he was prescribed Carafate andÂ Prilosec. In the meantime, our primary vet said she would reach out to some specialists and see what their thoughts were on all his lab results.

The vet called me a few days later after speaking with multiple specialists and decided they should do a test for Addison’s Disease.

After VÃ­k ((thankfully)) tested negative for Addison’s we decided to schedule VÃ­k for an ultrasound on his abdomen.

So, this morning at 9:30 VÃ­k visited the WVRC and had his ultrasound. Dr Hanson came back to the waiting room and informed me that everything looked to be in good shape and that he could not find any problems, except that VÃ­k’s kidneys are a tad small and oddly shaped. Instead of being shaped like little kidney beans they were shaped like small triangles. He said he has never seen this before and he is not sure if this will cause any issues in the future, but that we will just have to keep an eye on him as he continues to grow.

I thawed a few of the medallions and gave them to him today fro the first time after his ultrasound and he was a BIG fan. I guess there truly is something to say about raw food for doggies!! Thank you for your constant support and messages,Â Christina B. 🙂 Â I immediately logged on to amazon and had some food shipped to us. Man, oh man, I do love Amazon Prime!

So, that is all the news I have for our little boy. Today he is 16 weeks 4 days, 31.4 Pounds, and cute as ever! Knows Come, Down, Wait, Roll Over, Shake, Speak, Watch, High Five, Touch, and we are working on the weaving between legs while stationary with fewer treats.

You can #watchVÃ­kgrow on the House Fur Instagram,Â because I’ve been posting a photo of him next to one of my cameras for the last few weeks. I was given the idea by my old hockey buddy, Kelsey and have been loving doing our little ritual. 🙂

I love him more and more each day and just am keeping positive that all his issues have passed and he will live a long and healthy happy life! 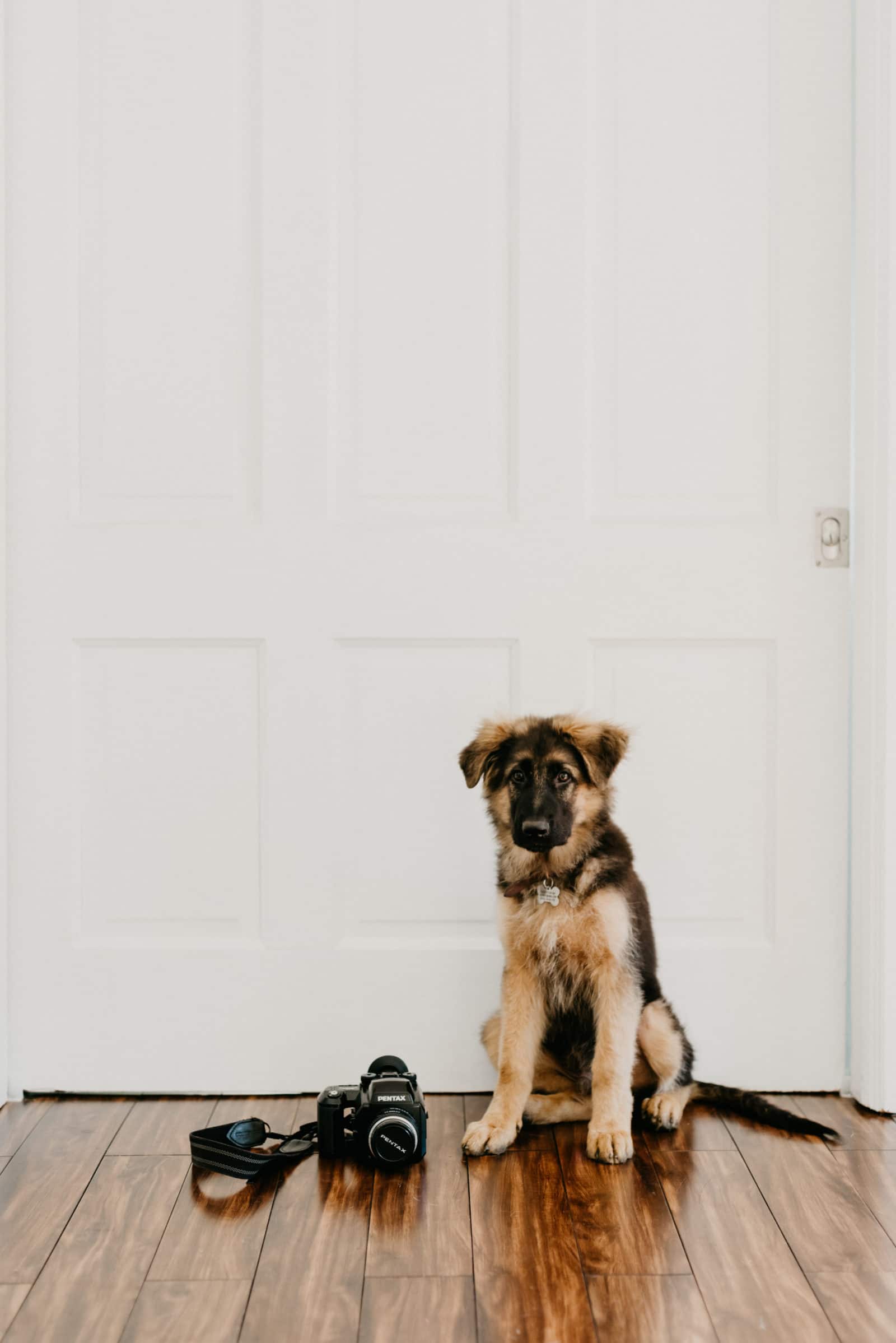 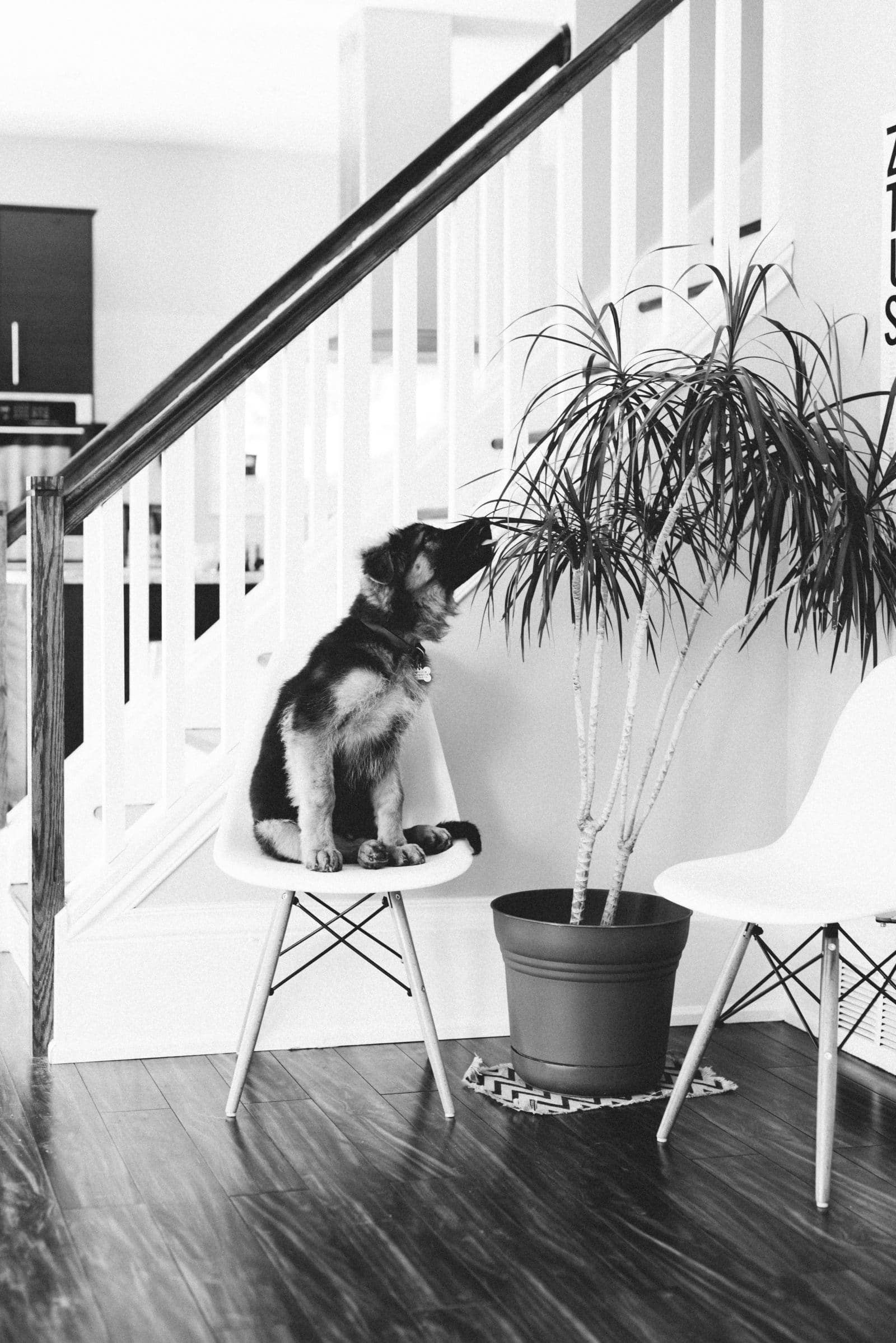 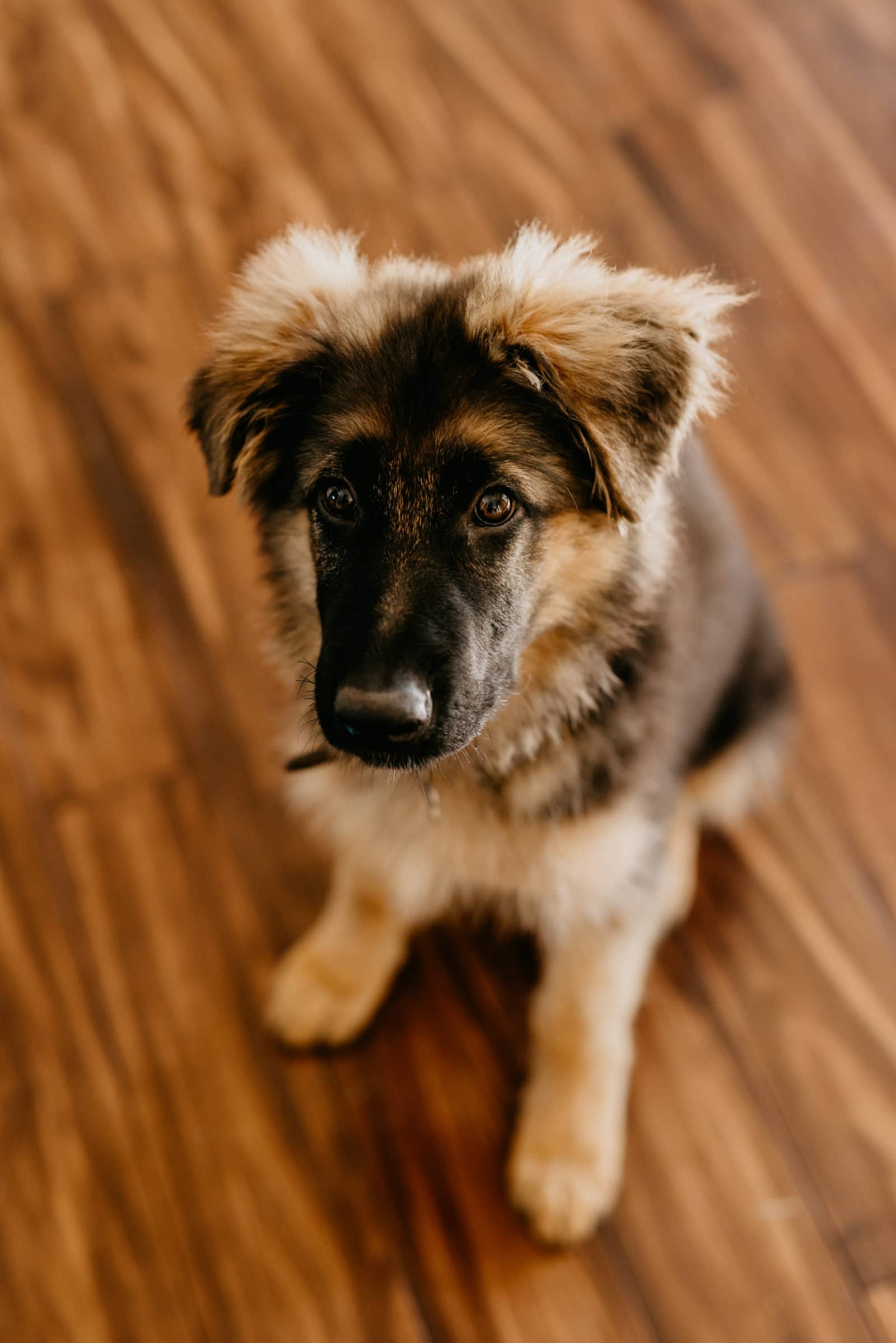 We are a participant in an affiliate advertising program designed to provide a means for us to earn fees by linking to Amazon.com and affiliated sites. This post may contain affiliate links which won’t change your price but will share some commission.