This past weekend Caleb and I spent a quick 48 hours in Ogden, Utah. It was a whirlwind of a weekend, but we enjoyed our brief time out west, took some beautiful photos, and we made it back home in time to snuggle with the pups before my ice hockey game on Sunday evening. 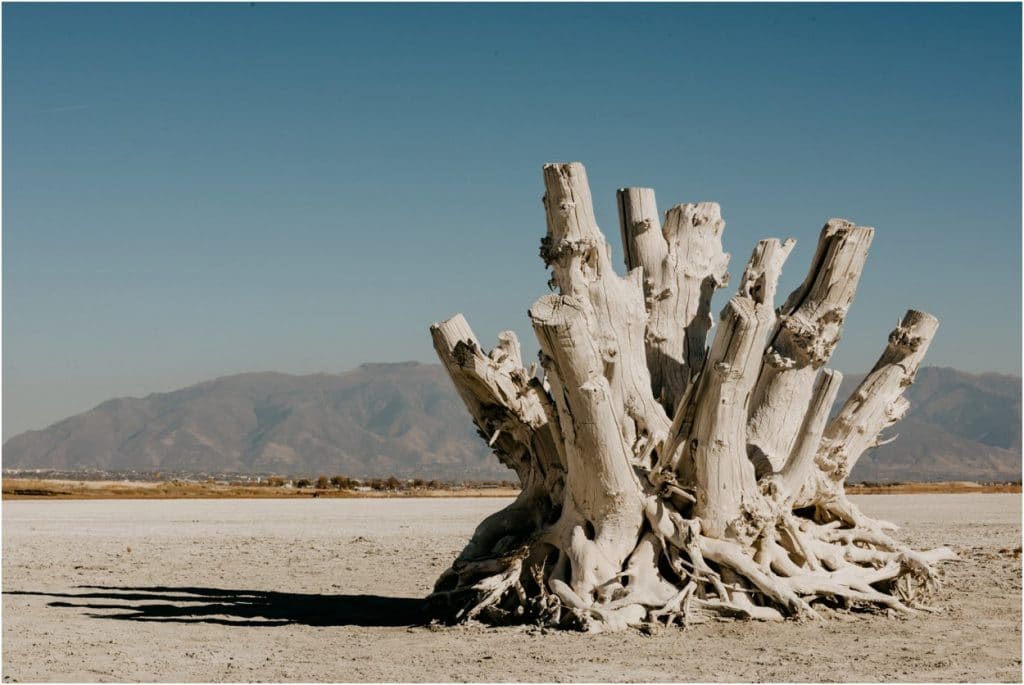 We went to Utah because Caleb and I are photographing a destination wedding in Golden, Colorado this winter. The couple lives in Ogden, Utah and thought it would be fun to do their engagement session where they live and bring along their doggy! Doing their session in Utah allowed us to get to know H+N on a more intimate level than just emailing + phone calls, take beautiful photos of their current hometown, and provided Caleb & I with the perfect opportunity to travel out west.

Who watched the dogs?

Kenzo and VÃ­k shared an extra-large villa at Sky Dance Pet Lodge in Dousman, Wisconsin. They came home happy and sleepy! We paid for each dog to go on a nature walk and we let Kenzo have playtime with the other dogs. We love this boarding facility because of the open atmosphere rooms and because they have open access outdoors during the day. The extra-large villas also include 4 â€“ 6 playtimes per day, with or without friends, dependent upon the weather and each dogâ€™s personality, free bath (we opted out because we like bathing our dogs at home with their organic moisturizing shampoo) bed, cozy blanket, and dishes.

If you are in need of a great boarding location and willing to spend a little money this is a great option. We dropped the boys off on Thursday around 4pm and picked them up on Sunday at 3pm and the total was $530.00 w/ tip.

How we got there?

We flew United from Milwaukee to Salt Lake City with a brief layover and plane change in Denver.

Caleb found us a hotel in downtown Ogden close to Union Station where we met with H+N for their engagement photos. We stayed at the Hampton Inn & Suites and rooms were nice and the staff was incredibly friendly. I also liked that they had cookies, a coffee bar, and warm apple cider in the lobby.

Where did we eat?

For dinner on Friday evening, after the engagement session, we went to one of H+N’s favorites, Slackwater Pub & Pizzeria in Ogden. I ordered a Cobb Salad and Caleb ordered a personal pizza: California Sunrise: Green Goddess dressing, roasted chicken, peppered bacon, and three-cheese blend. Topped with fresh avocado, sun-dried tomatoes, and chiffonade spinach. Caleb tried Stone Brewing’s Finish Before 10-31-17 and I had a Stinger Cider from the local winery, Hive Winery.

For breakfast, on Saturday morning we went to a local diner called Pig & a Jelly Jar. We shared the Creole Pork Belly Benedict: Braised and shredded local pork belly, two poached eggs, with baked beans and kale, topped with tomato creole sauce, served over two biscuits with a side of breakfast potatoes. We substituted the potatoes for a side of sausage. Unfortunately, I wasn’t able to try much on the menu because they cook everything in Safflower Oil, which I am highly allergic to.

For dinner, on Saturday we went back to the main drag in Ogden, 25th street, and ate at a bbq joint called Smokey’s. We tried the Boudin Balls for an appetizer and they were incredible!! We also shared the Smoked Turkey dinner with a loaded baked potato and potato salad as sides.

We slept in a bit on Saturday morning because we’ve photographed a wedding practically every Saturday since early May, so sleeping in on a Saturday is a rarity at home. After getting breakfast and showering we got on the road and headed to Antelope Island.

When we arrived at Antelope Island we were informed that it was the annual Bison Round-Up. We learned that the Bison roundup helps ensure the continued health of one of the nationâ€™s largest and oldest public bison herds. Park employees and local volunteers ride horses to gather all of the Bison on the island into small herds. The bison are then placed into a holding corral for a few days to rest and destress. The bison are sorted and separated one at a time to receive vaccinations and health screenings that include checks for pregnancies, parasites, and health issues. The bison are also given a small permanent ID that stores their health information. Once the bison are checked, they are either released back onto the island or kept in the corral where they are later sold in a public auction.

What did we love?

We loved the vast openness of Antelope Island and the beautiful sunrises & sunsets over the mountains. 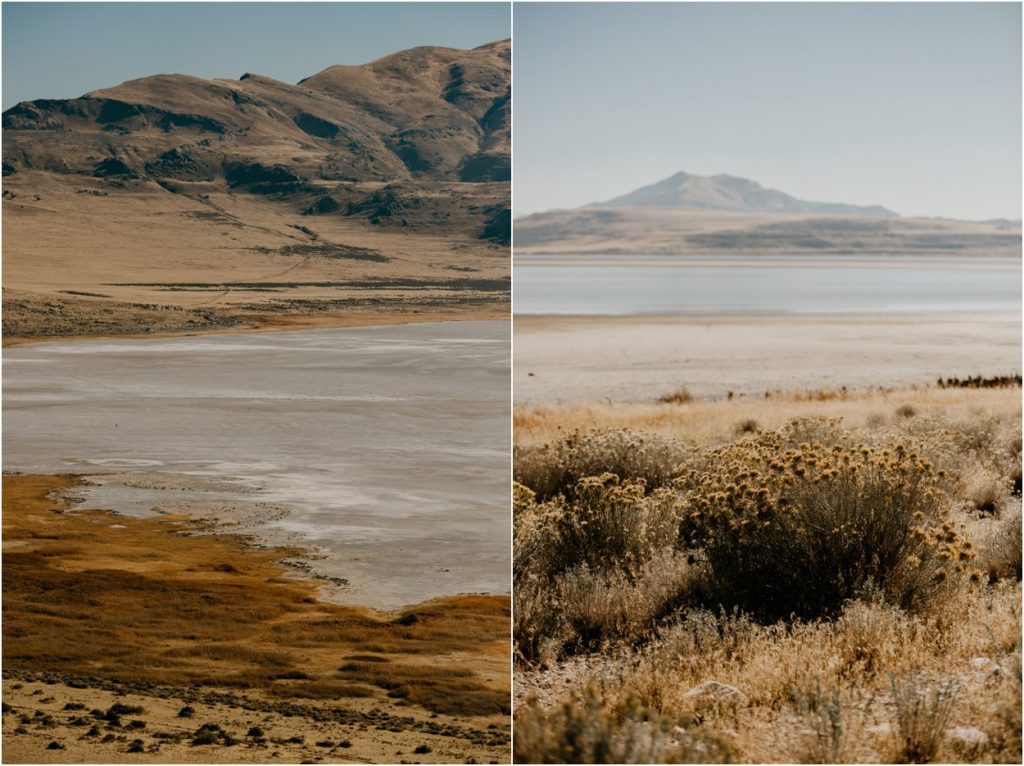 Will we go back?

You betcha! We have our eyes set on visiting Zion National Park and we would love to see the Salt Flats. 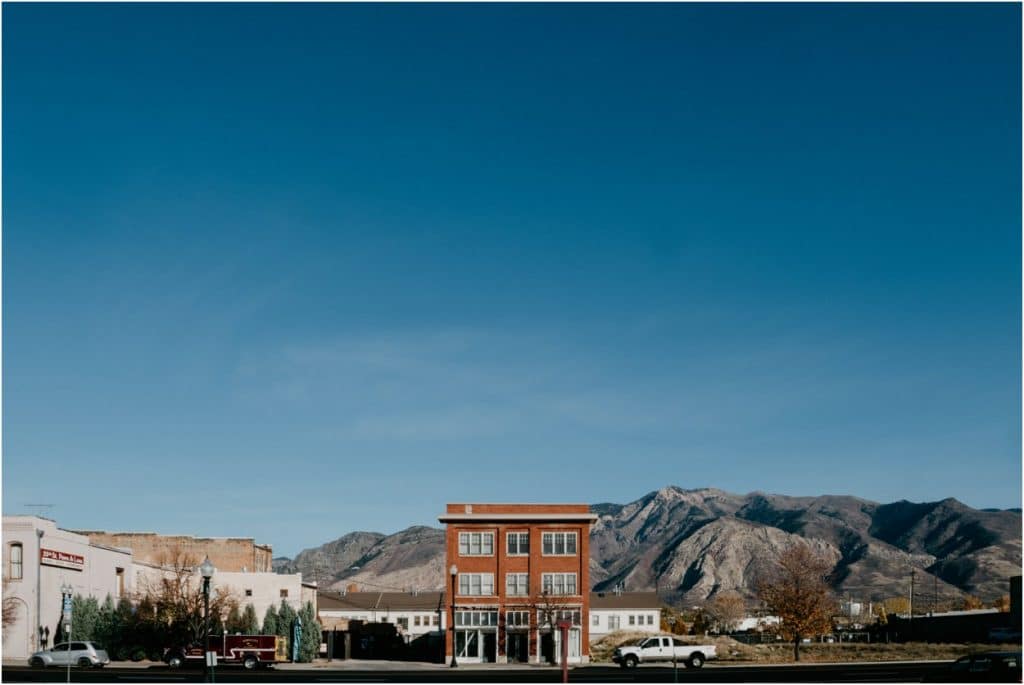 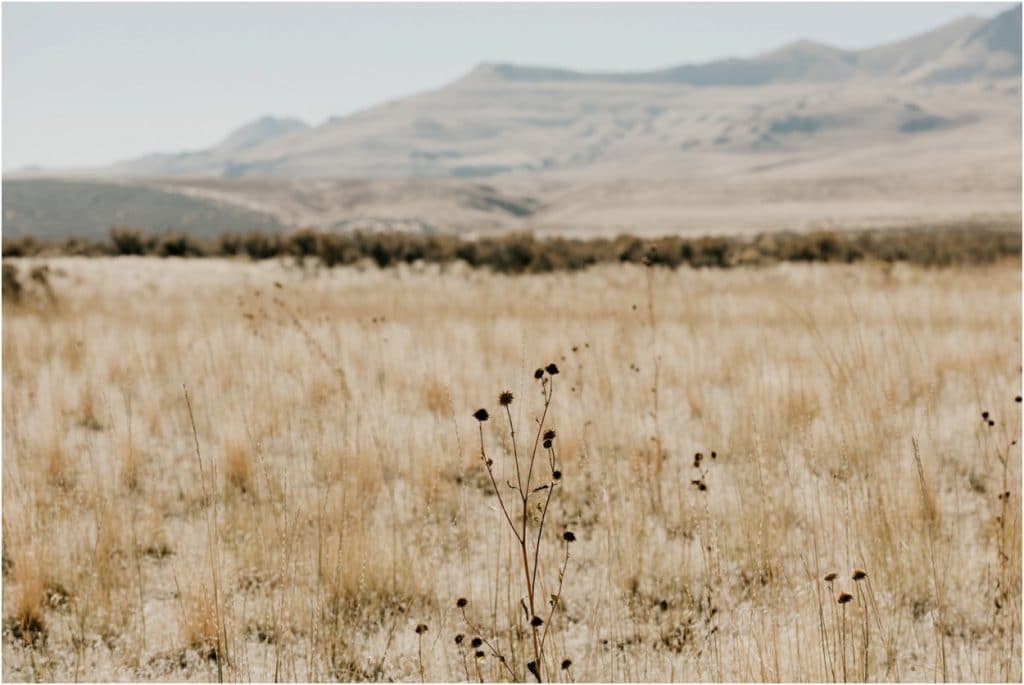 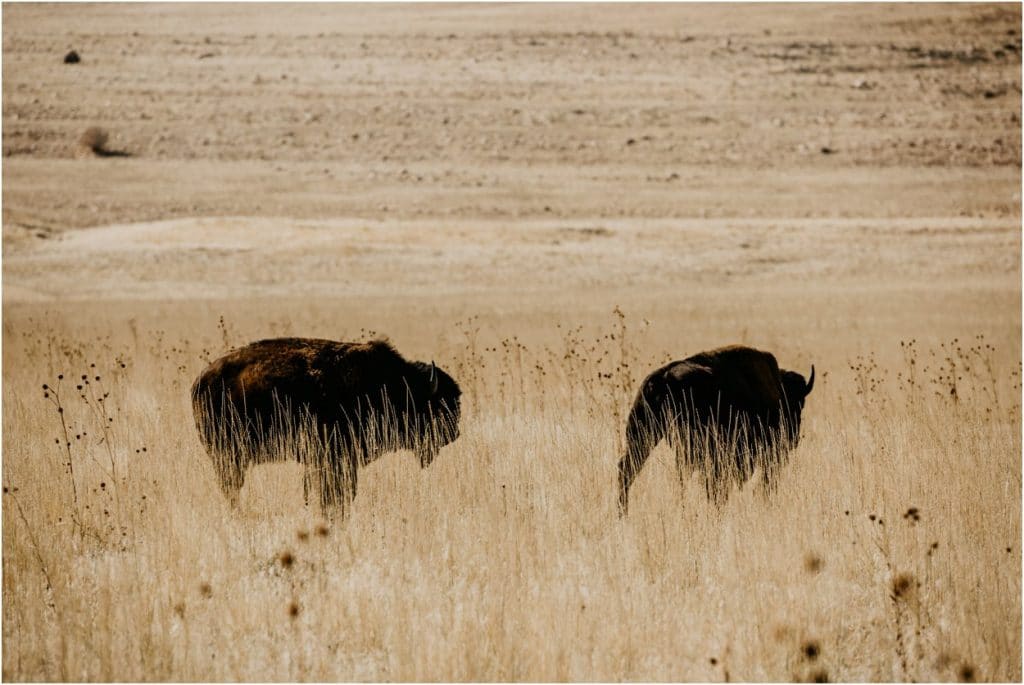 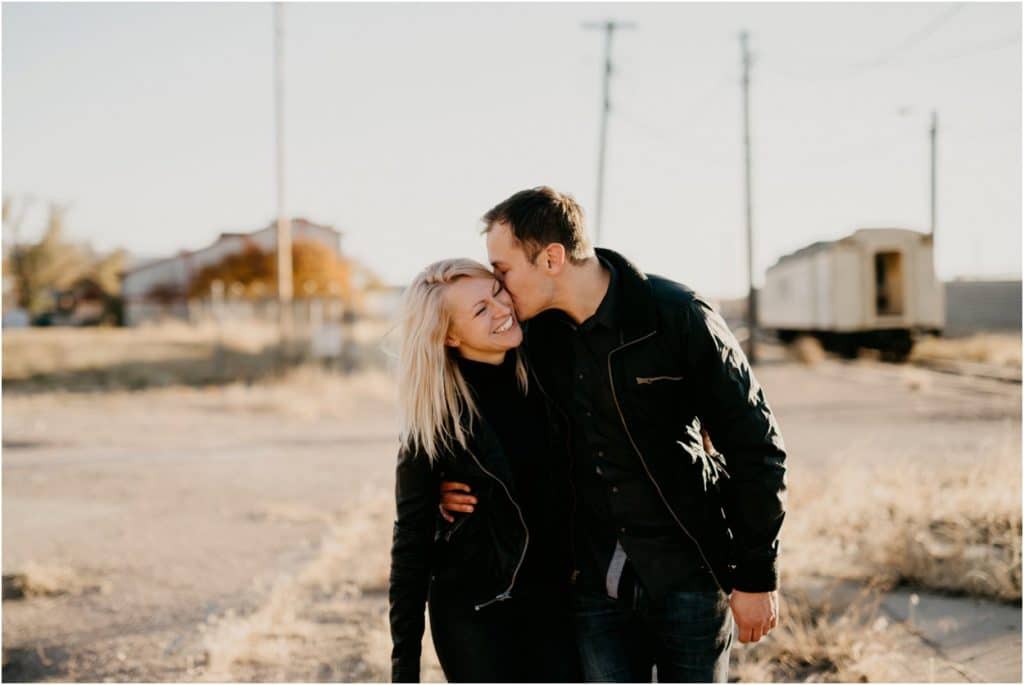 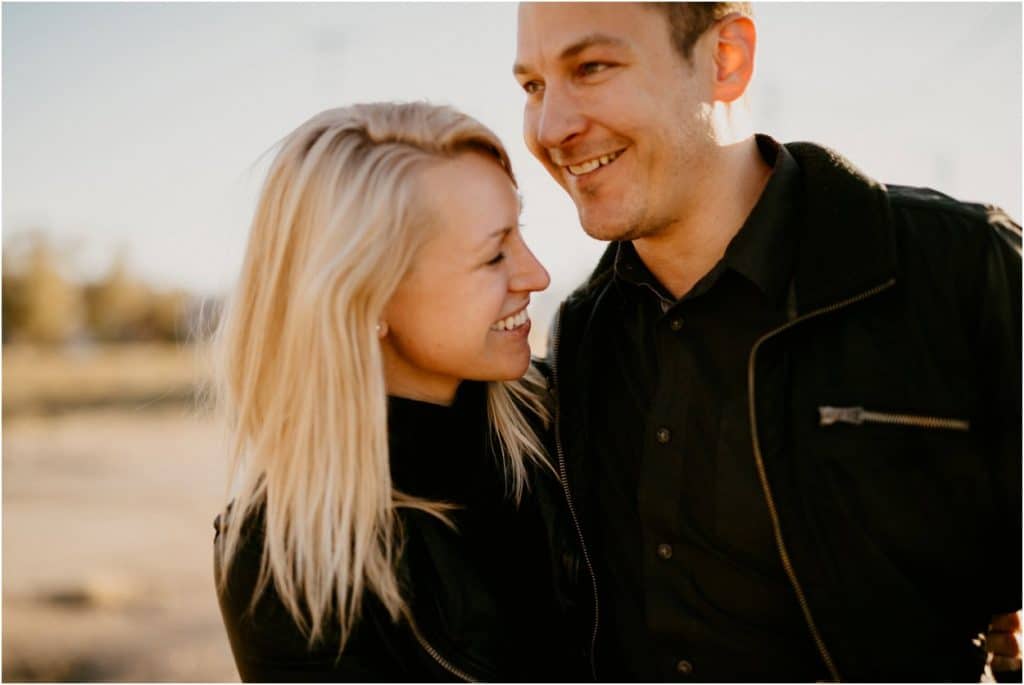 Self Portraits by Us, Studio 29 Photography 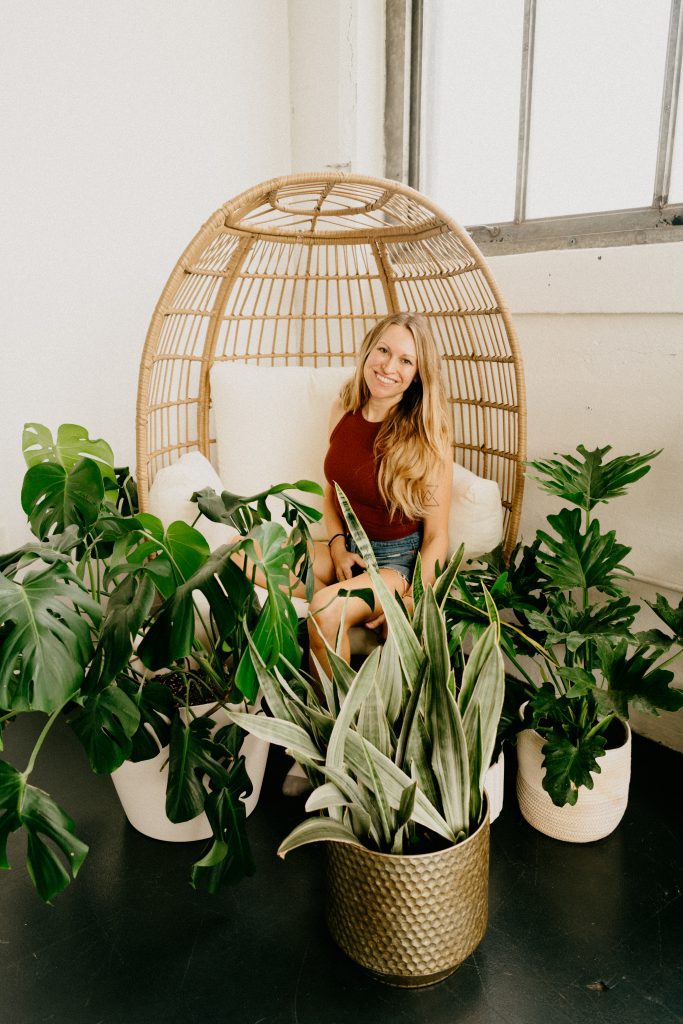